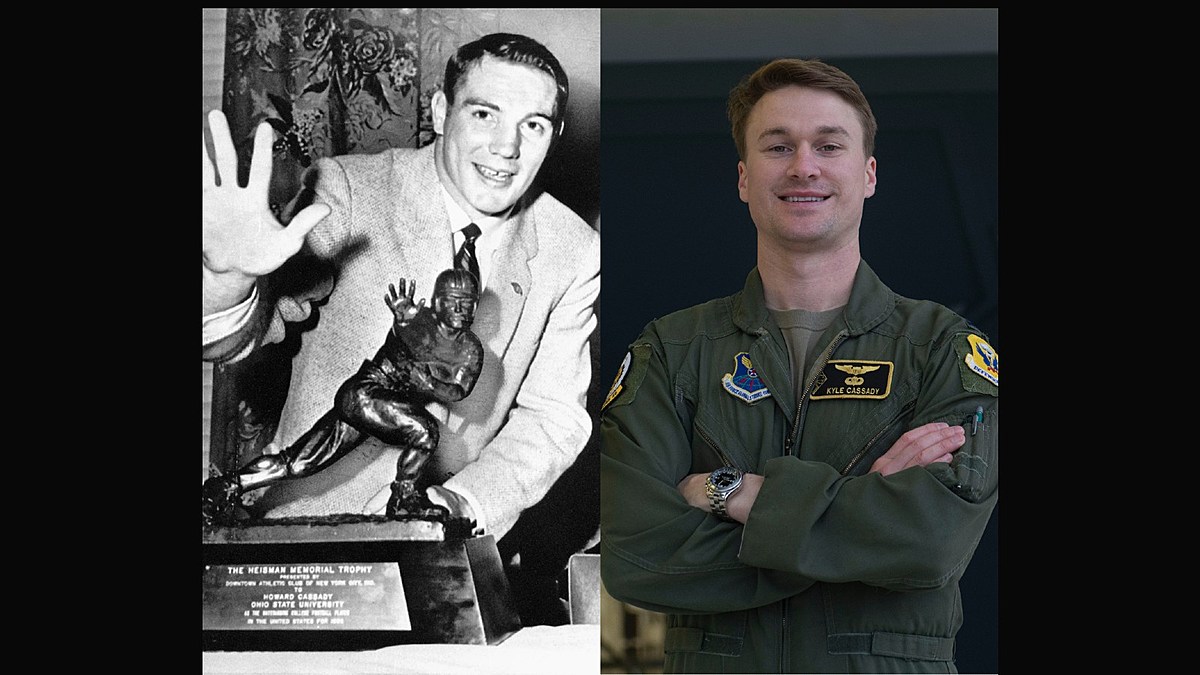 The B-2 Spirit will fly over the Tournament of Roses on New Years Day and one of the pilots has a connection to this year’s game between the Ohio State Buckeyes and the University of Utah Utes. It is according to a press release from the 509 Bomb Wing at Whiteman Air Force Base.

Air Force Captain Kyle Cassady, a 393rd Bomb Squadron B-2 instructor pilot based at Whiteman Air Force Base, has family ties not only to Ohio State University but also to the history of the Rose Bowl. .

Captain Cassady grew up near the Ohio State University campus before attending and graduating from the US Air Force Academy in 2014. Of course, with his family who grew up so close to the Ohio campus State. Chances are his family has some connection to college.

This connection will amaze you. Captain Cassady’s father and grandfather both played for the Buckeyes and both won a Rose Bowl game during their careers. And his grandfather, Howard “Hopalong” Cassady, won the Heisman Trophy in 1955.

So when Captain Cassady pilot this B-2 Spirit during the Rose Tournament, another member of the Cassady family will make Rose Bowl history.

And Captain Cassady standing in front of his B-2 Spirit, I hope this picture hangs next to his grandfather’s Heisman picture. Both are very impressive photos, representative of the impressive achievements of these men.

According to Aviation, The B-2 is the first US strategic stealth bomber and one of the most advanced aircraft in the world. It is operated by the 509th Bomb Wing at Whiteman Air Force Base in Knob Noster.

30 famous people you might not know were college athletes

Stacker dug deep to find 30 celebrities who were previously college athletes. There are musicians, politicians, actors, writers, and reality TV stars. For some, a sports career was a real and promising possibility that ultimately faded away due to injury or some other call. Others made their way into a team and just played for the fun of it and the love of the sport. Read on to find out if your favorite actor, singer, or politician has ever worn a varsity jersey.