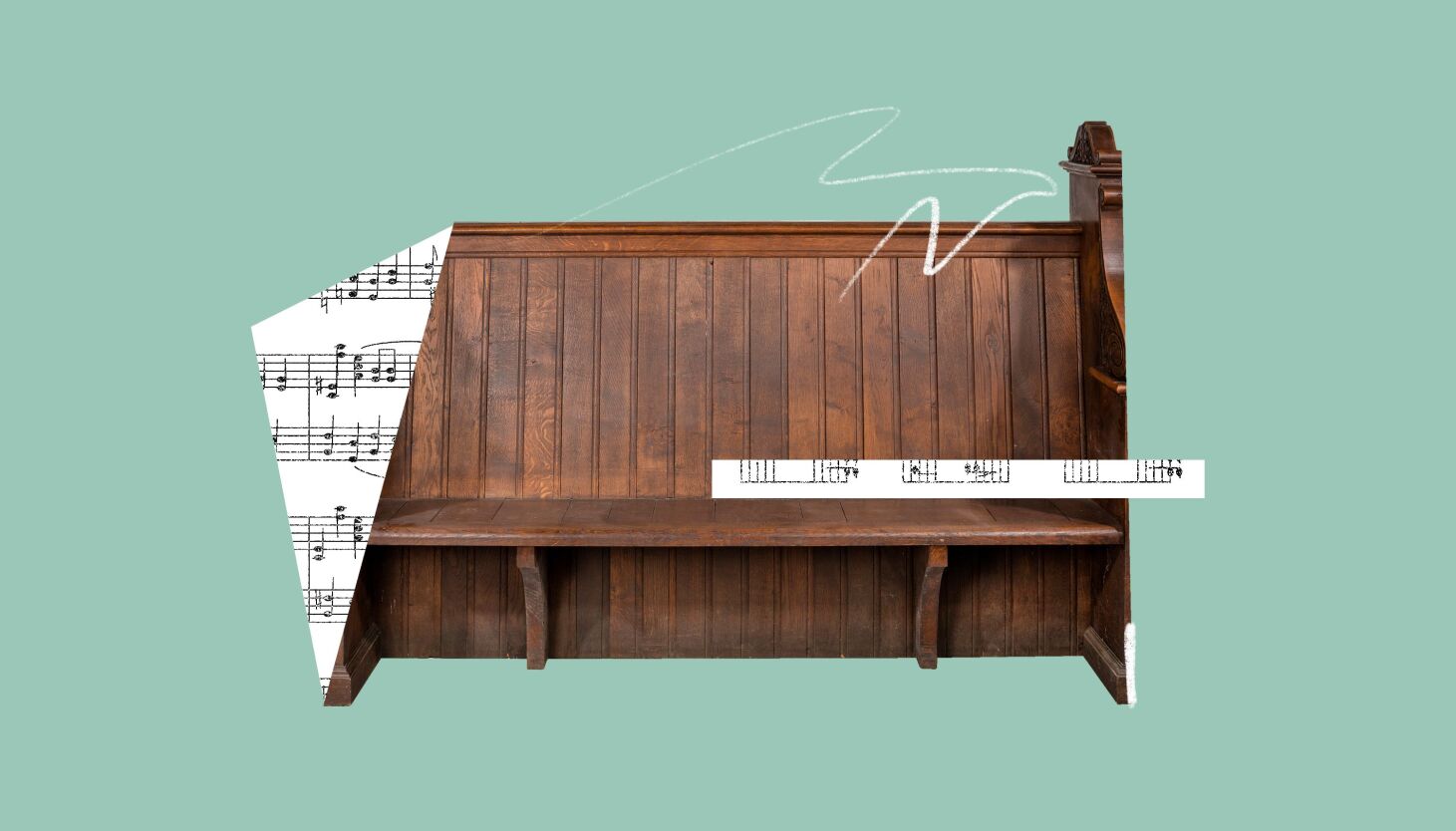 For many churches, this weekend will include a milestone on the way back to normalcy after a devastating pandemic: the first in-person Easter services with congregational singing.

In 2020, most churches were fully virtual for Easter, which took place just weeks after COVID-19 hit American shores. Last year, in-person services were relatively common, but some churches still had music-related restrictions in place.

Although music leaders have generally been supportive of the safety precautions, they look forward to this weekend’s band singing with glee. For Christians, Easter services are meant to be a big holiday. For the past two years, it’s been hard to get them to feel that way, said Joan Figley, music director of St. Walter’s Catholic Church in Roselle, Illinois.

“That the congregation can really sing is amazing. We are very excited,” she said.

The risks of group singing became clear in the early days of the COVID-19 pandemic. On March 10, 2020, 61 people gathered for a choir rehearsal at a Presbyterian church in Washington State. Over the following weeks, more than 50 of those singers tested positive for the coronavirus. By the end of the month, two had died.

In response to this outbreak and others, faith leaders and public health officials have urged congregations across the country to rethink their musical routines. Musical directors relied on solo performances or taught their choirs to perform together over Zoom.

“Conversations I’ve had with church music directors across the country reveal the creativity employed in keeping the music going: using solo performers, pre-recorded music, reducing the amount of music to the bare essentials in liturgical services and create virtual choirs,” Donna Cox, professor of choral music at the University of Dayton, wrote for The Conversation in June 2020.

In her Catholic parish in suburban Chicago, Figley went from supervising a full choir and individual cantors to producing music almost entirely on her own.

“My daughter sings too, so the first time at Easter she came and we did it together,” Figley said.

Likewise, at New York’s Cathedral of St. John the Divine, the nature of the music director’s job changed overnight.

“My work at the cathedral has completely changed. I went from working on creating live music to working on generating virtual content,” said Kent Tritle.

During the first months of the pandemic, Tritle and his team planned and adopted brand new musical protocols. They learned how to record a conductor, organist, and singers individually, then merge the recordings into a single performance.

“It was so important for our congregation to see a video of the choir singing. … It was incredibly moving to see that we were able to create a sense of unity despite our isolation,” he said. declared.

Figley, Tritle and other music managers have struggled with more than pressure to find solutions and minimize risk amid the pandemic. They were heartbroken that normal congregational singing was no longer possible, and they missed the sounds of congregants singing loudly and joyfully together in church.

Removing music in person “removes a lot of who we are,” Figley said.

Although different Christian denominations approach music differently, most churches incorporate it into their worship services in multiple ways. Instrumental music can greet people as they enter the church. Choirs or praise groups may perform one or more special pieces during each service. Congregants may be invited to sing hymns that feature the same themes as the scripture readings for the day.

Whatever form it takes, music is an essential part of Christian worship and has been from the beginning, Cox wrote for The Conversation. She noted that the Bible is full of stories of people praising God through their songs.

“Singing has tremendous power, both spiritually and physically,” she wrote.

Statements like these help explain why congregations have been horrified to see group singing opportunities suppressed during the pandemic. A California church has challenged singing restrictions all the way to the Supreme Court. (Judges ultimately overturned the state’s ban on in-person worship, but kept singing restrictions in place.)

At Figley Church, congregants generally accepted the restrictions imposed by the government and the diocese, but she still had to find creative ways to reduce the temptation to sing.

For a music lover and regular practitioner like Figley, such steps seemed “so wrong”.

“I’ve spent my whole life – I’m also a music teacher – encouraging people to sing and participate and express themselves and I was like, ‘Don’t sing,'” she said.

After the struggles of the past two years, Figley looks forward to the music this Easter weekend with a sense of gratitude and relief. She said the holidays will feel even more like a party than usual this year.

“Everyone is so excited to be able to sing this music so full of joy,” Figley said.

Holy Week services weren’t the same without the in-person music, Tritle said, adding that live performances by singers and brass and drums help capture the emotional ups and downs of the story of Easter.

“Music expresses what words cannot. That’s always true, but it’s especially true for the church during the time between Palm Sunday and Easter,” he said.

Among the many lessons the pandemic must have taught, it’s been clear that we shouldn’t take in-person music for granted, Tritle said.