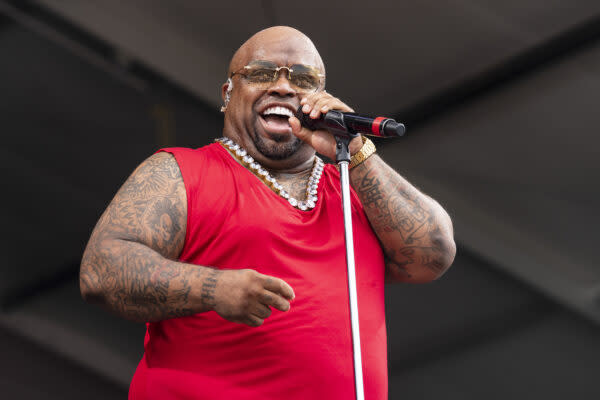 CeeLo Green got his start in the music industry as a member of the Atlanta hip-hop group Goodie Mob. His solo hits include “F–k You”, “I’ll Be Around”, “Fool For You” and the Gnarl Barkley-assisted track, “Crazy”.

During an interview with Page Six, the Atlanta native recalls how he earned his living before becoming famous. He said, “I was robbing people on my own. You have to understand, I didn’t have any friends and I wasn’t in school. My mother didn’t know. I dropped out of school, so I acted like I was.

The five-time Grammy winner said he would leave for school every morning and ride the train all day to trick his mother into thinking he was in school. It wasn’t until six years ago that he realized the impact of what he did back then.

“I had a young guy who came up to me and said, ‘You don’t remember me, but I remember you.’ He said, “I was a victim of your theft.”

The 46-year-old claims he was hanging out at the local train station and robbing people for their shoes, jackets or other items.

“He basically said, ‘You took my shoes from Hightower station’, which is a MARTA station in Atlanta, Georgia,” Green recalled. “And I said, ‘Sir, I’m so sorry. It was so long ago. I was so young and ignorant. Please forgive me.’ Then he said, “I forgive you already. I forgive you a thousand times over. He said, ‘Your music let me know that this was an intervention in your life and your healing. I was able to heal from your healing. .'”

The songwriter and producer then shared another story about an Instagram user who also claimed he “stole it too.”

After more than 30 years in the The music industrythe soul singer is convinced he made the right career choice despite mixed reviews from fans.

“If the music hadn’t happened…that’s the problem, I think the music would have happened,” he said. “I wasn’t as received or welcomed as I would like, but maybe that was just negativity in me. People were apparently negative towards me.