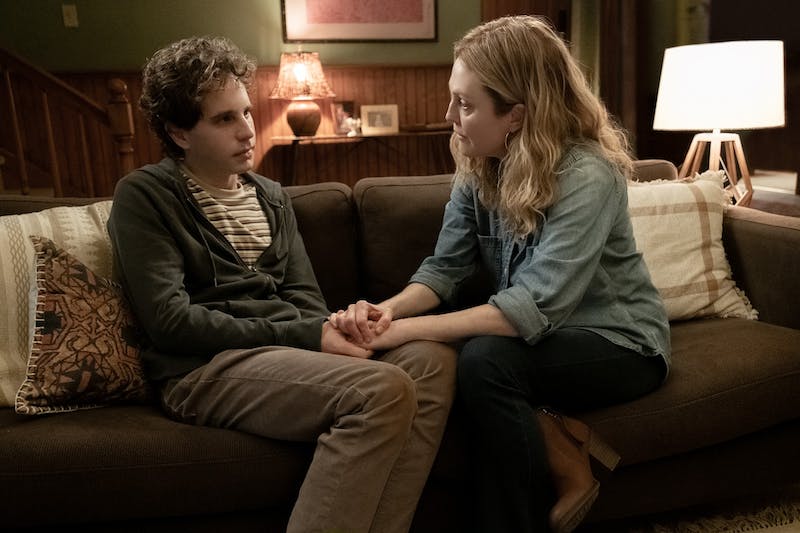 “Dear Evan Hansen” left me very conflicted after leaving the theater last night – with a feeling that I could not understand until long after I got home.

For a movie trying so desperately to touch the hearts of its audience, it just couldn’t get the job done.

The film centers around Evan Hansen (Ben Platt) ‘s plot to create a friendship between him and Connor Murphy (Colton Ryan), a college student who had committed suicide. Hansen, who suffers from severe anxiety and depression, is unable to speak the truth – which he and Connor never knew – and the lie becomes the foundation upon which a mental health advocacy group is built.

There are plenty of reasons the musical fell flat, but the one that stands out very clearly is Platt, the man tasked with portraying the film’s protagonist.

Although he won a Tony for his portrayal of the Broadway cast for the play five years ago, the then 22-year-old Platt could more convincingly play the role of a high school student. Now, at 27, considering him a kid just seems wrong, as he looks very clearly older than the rest of his classmates and most notably his love interest Zoe Murphy (Kaitlyn Dever).

While Platt’s performance was otherwise convincing and his vocals are excellent – although personally I think it sounds a bit like a car wash. However, it was the frequency with which he sang that was a problem:

Singing made the movie worse.

This thought first appeared after 30 minutes, but it really took hold around the second half of the movie. It seemed that the vocals took away the emotional boost the performances were building up.

At Connor’s Memorial, for example, Evan stumbles and falls on stage, causing laughter and mockery among the students present. Still, he makes eye contact with Connors’ mother, Cynthia Murphy (Amy Adams), which inspires him to make heartfelt remarks in the form of one of the film’s signature numbers, “You Will Be Found.” .

Unfortunately, the song is aggressively cheesy, sounding more like the fight song at a local charity rally than the product of a musical that won six Tonys for its Broadway run. Worse yet, its visual accompaniment, a montage of Hansen’s speech shared on social networks. The edit ended with the entire audience, including me, visibly frightened when the fabricated social media videos were put together to make a collage of the late Connor’s face.

The relentlessly poppy and positive singing deflated the sincerity of the moment, making it far less emotionally impacting than maybe expected. It was amateurish.

The same could be said of the unnecessary covers of songs that had been sung earlier in the musical. Instead of being subtle reminders of how the characters feel about what’s going on, the characters abruptly enter a song we heard just a few minutes ago in what appears to be an attempt at a director desperate to make sure the audience always follows. They’re completely unnecessary, distracting viewers from what’s going on and directing it instead… well, anywhere else.

It must be said that there are some wonderful performances hidden in the parade of cookie-cutter ballads and superficial sanity talk that seems to have the sole purpose of driving the plot.

Julianne Moore, who plays Evan’s mom Heidi Hansen, and Adams are both fantastic, as usual.

Moore, in particular, delivers exceptional performance. His consolation from Evan when he confesses that he never knew Connor is one of the most emotional moments I’ve seen in a movie this year, which is why I was so disappointed that he was interrupted by a musical number of her own. It was shocking and unnecessary, especially given the supernatural combination of love and conviction with which she was already speaking to her son.

For a brief moment, Moore almost forced me to cry. The music just didn’t let her get there.

Dever does well as Zoe, as does Nik Dodani as Evan’s “family friend” Jared Kalwani. However, both of their performances are lost in the sea of ​​tough performances from the rest of the high school class. (The extras aren’t meant to stand out, especially not because they’re awful.)

Technically, the film left a lot to be desired.

The setting was chaotic and really messy. The camera has never stopped moving, whether it’s moving to another end of the room, moving around a character’s face during a performance, or simply moving around for the sake of movement. The need for editors to keep going back and forth between each character who sang was also shocking, as if they thought we were going to forget which voice belonged to which actor.

The sound mixing was irregular at times, which for a musical is particularly frustrating. Sometimes the harmonies were lost, blending into a not-so-pleasant sounding mix. There was even a point near the end of the movie where the sound quality of Alana Beck’s (Amandla Stenberg) voice declined sharply for a few seconds in the middle of her vocals.

The biggest problem with this movie is still its deep desire to blackmail its characters almost all the time. And when the musical numbers don’t look great, don’t sound great, and can’t pack the emotional punch you’re looking for, why include them at all?

Apart from Julianne Moore – bless her heart – why make this movie at all?

To receive the news and headlines of the day in your inbox every morning, subscribe to our email newsletters.