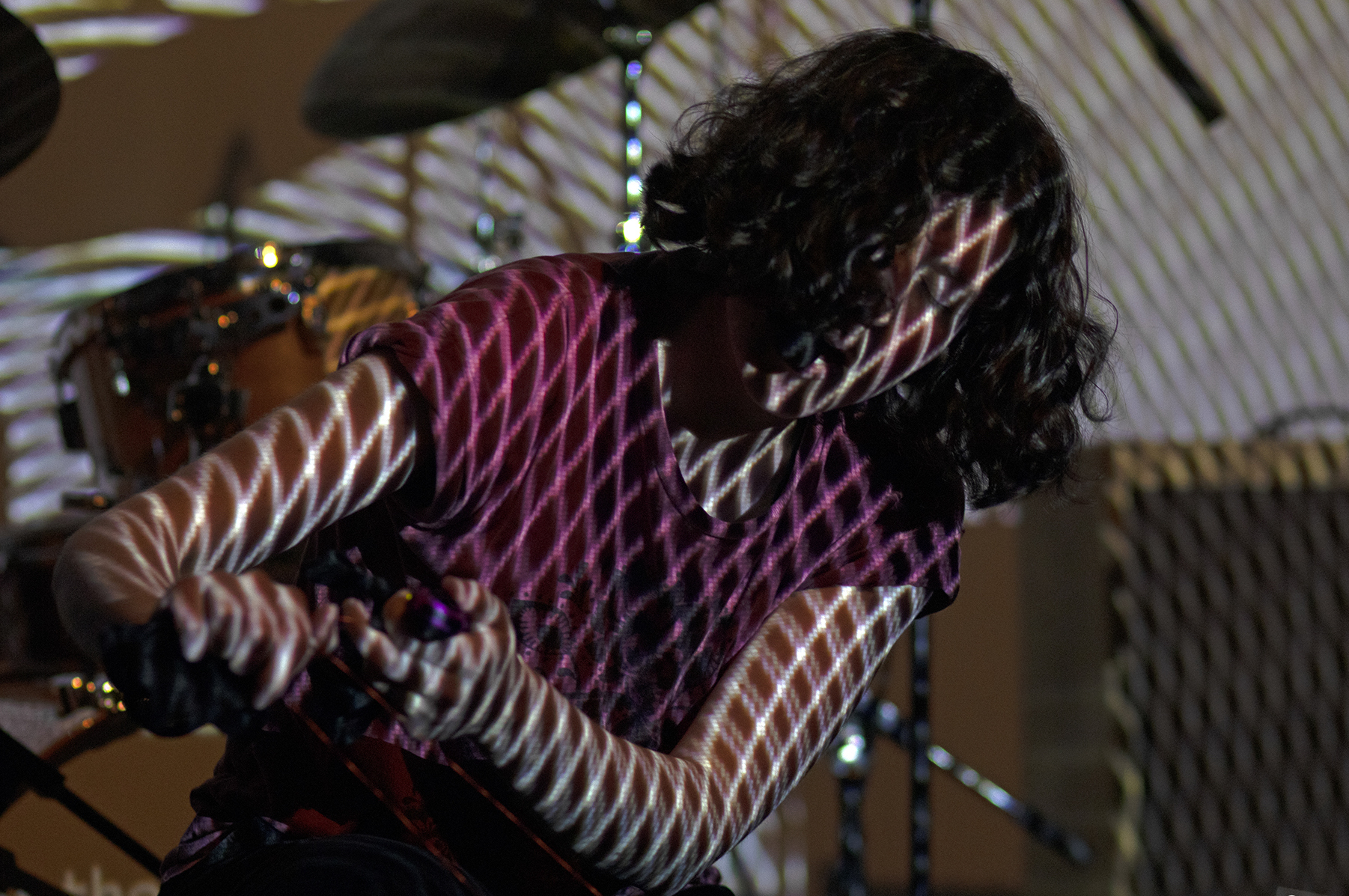 Alternating Current is a new festival from Dublin Digital Radio, an online radio station that is home to everything musically marginal in the city. Explicitly counter-cultural, experimental and exploratory, their programs give way to the creators of sound, electronic, ambient and field art recordings. DDR takes its role as a network seriously – not just as a broadcaster, but as a “space of community and solidarity”, a connecting node in a vast network of creators. The alternating current was intended to enhance the many aspects of this network.

While the live performances took place over Halloween weekend at the Complex, the festival actually kicked off earlier in the week with the broadcast of specially commissioned radio works. It is in these works that the real value of DDR can be found – a space to create extensive experimental audio works from a real diversity of audio talent. These included reorienting the sheer whimsy, banality, and poignantness of world memes into voice and electronics with Jennifer Walshe and Wobbly; an anarchic and amusing sound parable of an uprising of a robot factory by Yoga for the Eyes; and responses to excerpts from a late gender journal, Rebuild Urania, by Renèe Helèna Browne and collaborators. The remarkable work of this set was the thoughtful work of Rachel Ní Chuinn Patchwork or how to fix a hole, in which seemingly unrelated musical and textual elements are interwoven in a way that at first glance seems simply whimsical but turns out to be poignant and inevitably touching, a tribute to caring for damaged things and recognizing the impossible.

The artists in Alternating Current’s live component had an approach almost as diverse, though perhaps unified in their focus on experimentation and creating a sound space that audiences could explore with them. There was a sense of unresolved tension in many performances – this was especially true during the opening concert, in which this relentless tension was amplified by the three performers’ use of cyclic drone layers to shape landscapes. sound resistant to resolution; Aonghus McEvoy seeming to orient it towards pure erasure by volume, Sharon Phelan towards a tectonic beat, and Jane Deasy towards an evocation of a forgotten music.

That said, it was the moments of more physically expressive performance that provided the necessary resolution to that tension and that stands out most in a weekend of laptops and synths. The Unstoppable Train by Natalia Beylis (with Willie Stewart and George Brennan) on the theme of Halloween; the intense and jagged rap of Celaviedmai; Ailbhe Nic Oireachtaigh’s gut-string layered fake violin; Fixity’s short, sharp jazz punches. Bonus points also for Lightght who, in this context, broke the mold of previous more ambient sets of Dreamcycles and Fulacht Fia with a powerful and energetic sound. DJ set of constantly evolving textures.

Pre-pop
Jenn Kirby’s ensemble for voice and electronics stood out from the weekend performances. Kirby developed a kind of unique avant-pop, using game controllers to shape real-time synths under vocals transformed into a sort of digital surrealism. His set began with large expansive gestures (using motion controllers from a golf game) to stretch and shape sounds, sending filters slowly sweeping and expanding through drones, and gradually grew smaller and smaller. stretching inward, just as his songs curled inward too much, becoming more centered inward. Eventually ending with her kneeling on stage, seemingly punching the air to create percussion with the Switch controllers, Kirby’s performance was muted but quite striking.

Special mention should also be made of the Department of Energy’s fascinating inter-ensemble installation, “Blackwater Valley High”, an audiovisual mixtape of landscapes that “deromantizes” the North Cork landscape. DOE overlaid fragments of field recordings, both presented as they are in the natural environment – including insects, drains, cows, drone footage, streams, leaves – and d ‘a way that recognizes the human intervention inherent in field recording. The installation helped tie the performances together, making individual events feel connected through sonic continuity.

This feeling of a festival as a community was immediately palpable upon entering The Complex, a warehouse-like space in the heart of the city. The audience was small but dynamic; Clearly, the majority of the attendees were active members of the scene and knew each other, seemingly excited not only by the prospect of a live performance, but also by the experience of each person’s work in person and the support of each other. their scene.