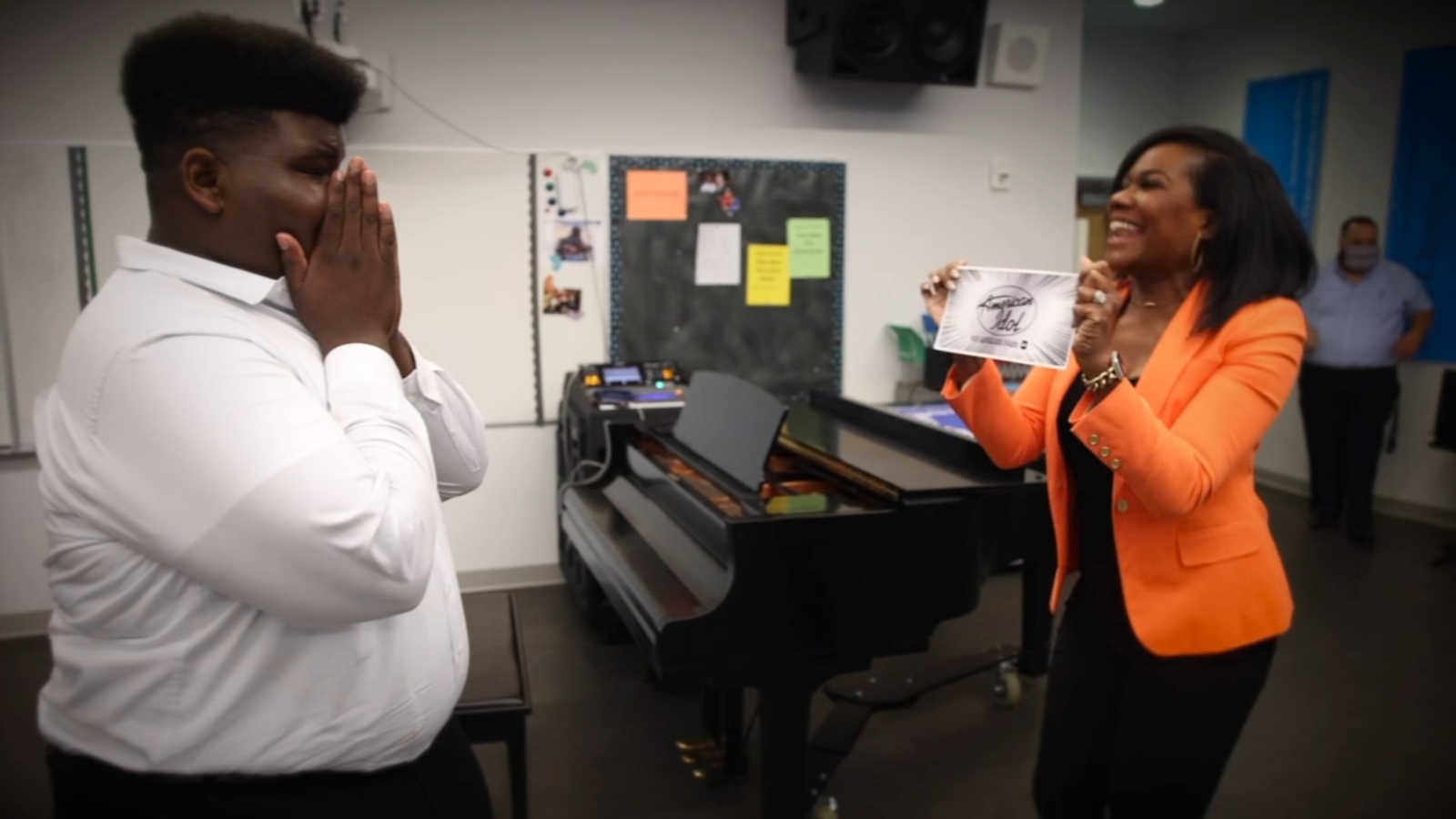 HOUSTON, Texas (KTRK) – A senior from Kinder High School for the Performing and Visual Arts had the surprise of a lifetime when ABC13 showed up to her singing class on Monday.

He received a silver ticket to American Idol and a chance to audition for some of the show’s top producers.

Douglas Mills was dressed in a white button down shirt and black pants when our ABC13 cameras arrived. He was told he was on a tour for the press team to record a video of his school.

The 18-year-old singing student came highly recommended by his music teachers for his talent, dedication and determination after persevering through multiple surgeries throughout high school.

“I have a longer leg,” Mills said. “This one is longer than this one, and I’ve had a halo on it for about nine months, so six needles go straight into my knee.”

His mother said the operation caused Douglas to use a wheelchair for eight months.

It was a very emotional moment when ABC13 presenter Samica Knight, Kinder HSPVA graduate, handed Douglas the surprise ticket. He was speechless.

Douglas is already preparing for his virtual audition later this week.

You can see the heartwarming moment that Douglas was surprised with his silver ticket on ABC13 Eyewitness News at 4 p.m. today.