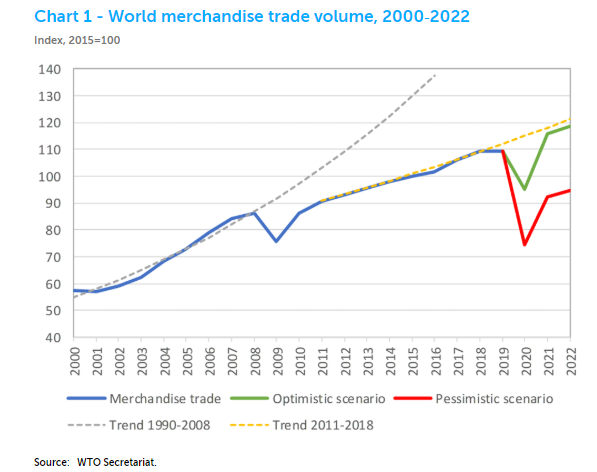 As the COVID-19 virus spreads globally, economic paralysis and unemployment follow in its wake. But the economic fallout from the pandemic in most emerging and developing economies will likely be far worse than anything we’ve seen in China, Europe or the United States. Now is not the time to expect them to pay off their debts, whether to private or official creditors.

With inadequate health systems, a limited capacity to provide fiscal or monetary stimulus, and underdeveloped (or nonexistent) social safety nets, the emerging and developing world is on the brink of not only a humanitarian crisis, but also the most serious financial crisis. crisis since at least the 1930s. Capital has been forced out of most of these economies in recent weeks, and a wave of new sovereign defaults seems inevitable.

We have consistently argued for the urgent need for a temporary moratorium on all debt repayments by all emerging and developing sovereign debtors, except the most solvent. The arguments for a moratorium for troubled sovereign borrowers have many similarities to those for households, small businesses and municipalities.

The urgency is underscored by the fact that the quarantine experience is radically different in the developing world. In the sprawling slums of São Paulo, Mumbai or Manila, quarantine can mean living in a small room with ten people, with little food or water and little or no compensation for lost wages. If history is any guide, the supply disruptions that accompany the pandemic could soon be followed by food shortages.

More than 90 countries have already requested emergency funding from the International Monetary Fund’s Rapid Finance Instrument (IFR) and World Bank resources. And in much of the developing world, the worst of the pandemic is not expected until the end of the year.

When this happens, the direct humanitarian and economic impact will be added to the effects of the pandemic on global trade and commodity prices, which are already plaguing many emerging economies. The World Trade Organization expects world trade to decline by 13-32% in 2020. Oil-producing countries (and many other commodity producers) have suffered the consequences of the price war between oil and gas. ‘Saudi Arabia and Russia, causing downgrades in sovereign credit ratings. .

Leaders of the world’s largest economies must recognize that a return to “normalcy” in our globalized world is not possible as long as the pandemic continues on its dark path. It is myopic for creditors, official and private, to wait for debt repayments from countries where these resources should be diverted from the fight against COVID-19.

Deepening and prolonging the global depression is a very risky proposition. At a low in the mid-1980s, emerging and developing economies accounted for around 18% of global GDP (in US dollars); in 2020, this share is 41% (and 60% if adjusted for purchasing power).

We recommend an immediate temporary moratorium on external debt repayments for all “AAA” rated sovereigns. By “external” we mean debt issued under the jurisdiction of foreign courts, generally in New York or London. Debts issued under domestic law would be handled by the countries themselves. For this type of debt relief to be effective, it must encompass, including debts to multilateral lenders, such as the International Monetary Fund and the World Bank, sovereign creditors (Paris Club members and China) and private investors.

Ultimately, the debt of many countries will have to be restructured; there will be no alternative to a negotiated partial default. But courts and multilateral lenders are no better at handling default en masse that hospitals cannot withstand operating at ten times their capacity. A temporary moratorium can provide the necessary bridge. At best, it might even prevent some faults.

The World Bank and the IMF have extensive experience in over-indebted countries and in recent years have increasingly recognized that partial default is often the only realistic option, a point we have emphasized in much of our work. previous work on external debt. It is a great tragedy that following the global financial crisis of 2008, the euro area failed to restructure the debts of southern Europe beyond the Greek case – a course of action that we planes strongly advocated at the time. Trying to impose regular debt payments at very irregular times can only lead to deeper and longer-than-necessary recessions.

Of course, a debt moratorium will require the United States, which has an effective veto at the IMF, to commit. But the same is true for China.

Over the past two decades, more and more developing countries have turned to China for loans (which are usually guaranteed and carry market interest rates). Although China is now a major creditor in some 40 countries and a major in dozens more, it has so far refused to join the Paris Club (which coordinates sovereign debt rescheduling) and insists on pursuing its own bilateral approach behind closed doors.

What can be done? The IMF and the World Bank have the capacity and expertise to coordinate a debt moratorium if the United States and other major players conclude that such a move is in their national interest. Private creditors will have relatively little choice but to cooperate in the short term. Many emerging and developing economies will soon stop paying their debts anyway. The world must face the problem.