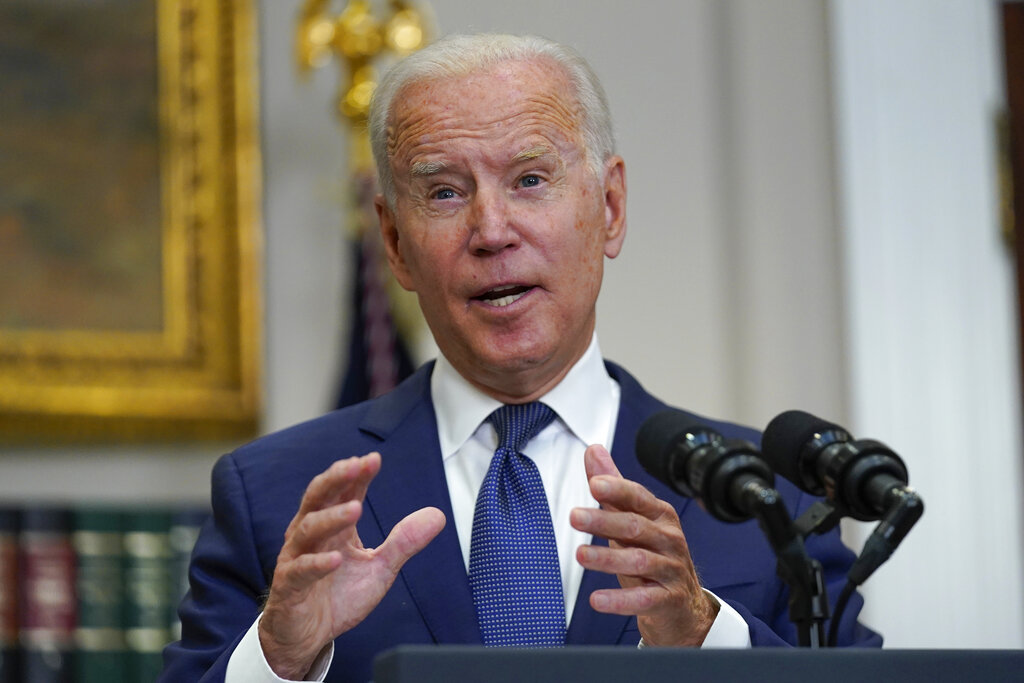 President Biden, the man who was supposed to be the cure for the country’s division and hatred, has taken pettiness to new heights in the past eight months.

Given its predecessor’s penchant for late-night tweets, that does mean something.

Despite titles like “Chief Empathist” that Joe has earned in the mainstream media, the President’s contempt for the 74 million people who did not vote for him has become more evident in recent months.

And to think that in his inauguration speech, he said: “The work that lies ahead will be difficult, but I promise you this: I will be a president for all Americans, whether you vote for me or not.” I will keep the faith you placed in me.

Like his promise to stop the virus, Biden’s promise to be a leader for both sides of the political spectrum was a doozy.

To be fair, it would have been difficult for him to move away from the very division that helped him win the election. After all, the 78-year-old’s entire campaign focused on how much he hated Donald Trump.

And thanks to the unusually dishonest American press, the Orange Man Bad basement campaign worked.

But now we’re eight months away from Jill’s husband’s presidency, and not being Donald Trump no longer cuts him off for voters, as Joe’s plummeting numbers in the polls attest.

Without Trump in charge, the current administration is in desperate need of a new distraction to distract America from Joe’s declining mental acuity and his myriad of self-taught catastrophes.

To put it simply: the administration needs a new villain.

Now, of course, the real object of Team Biden’s disaffection is the Neanderthals. Bidenworld hates the deplorable, gullible and unsophisticated boomer rubes.

But the Ivy League bureaucrats who run the country know they need to tone down their contempt for us “ordinary Americans,” as Joe calls us.

This same logic applies to the governor of Florida. Biden does what he’s asked to do. He angers his voice and screams his teleprompter speech on evil Republican governors and patriotic duties.

The president shakes his head in disbelief and claims he’s disappointed with DeSantis for letting Floridians make their own decisions.

Press Secretary Jen Psaki enthusiastically reviews DeSantis on Twitter and during her briefings.

She does not hesitate to show her famous smugness when discussing the State of the Sun.

Oddly enough, she’s much more diplomatic and docile when she talks about the Taliban.

The administration has set its target on any public figures, politicians or media outlets who undermine their terrible policies and intolerant ideas.

Recently, it was announced that Biden’s Admiration would begin redistributing doses of Regeneron across the country, reducing the amount of antibody shipments available to Florida.

Jen Psaki’s explanation for this change was that their “role as government overseeing the whole country is to be fair in how we distribute.”

A much simpler explanation is that Biden and his managers are frustrated that Ron DeSantis, who has long been a staunch supporter of therapeutics, is finding success with Regeneron.

I’m old enough to remember when DeSantis was slandered in the media for his support of therapeutics. Remember that misleading headline in the AP “DeSantis Top Donor Invests in Promoting COVID Drugs Governor”?

This story was published in mid-August. How times have changed.

Now, because cases in Florida are on the decline, President Petty must step in and do what he does best: mess up a good thing.

Anyone who proves Joe Biden wrong is punished.

The drone captured images of thousands of illegal immigrants from Haiti invading the border with the United States.

The images proved many Trump voters right. So Joe Biden had to put an end to it – the drone, I mean; not the wave of illegals.

The best part? Joe managed to stop the Fox News drone, admit his own “fair” drone strike killed innocent civilians in Afghanistan and ruined America’s relationship with France before returning to the beach for the week. -end!

All he has done is make us less secure, eat ice cream, and sow more division in this country.

PBS reporter Yamiche Alcindor once said while discussing Biden’s cabinet choices: “I was talking to a Democrat, who just said… it sounded like ‘The Avengers.’

If I had to choose a film that reminds me of this incompetent administration’s snobbish attitude, its pettiness and its vindictiveness, I think “Mean Girls” is more like it.

Pair Demystifies Mindfulness – One Podcast at a Time | New