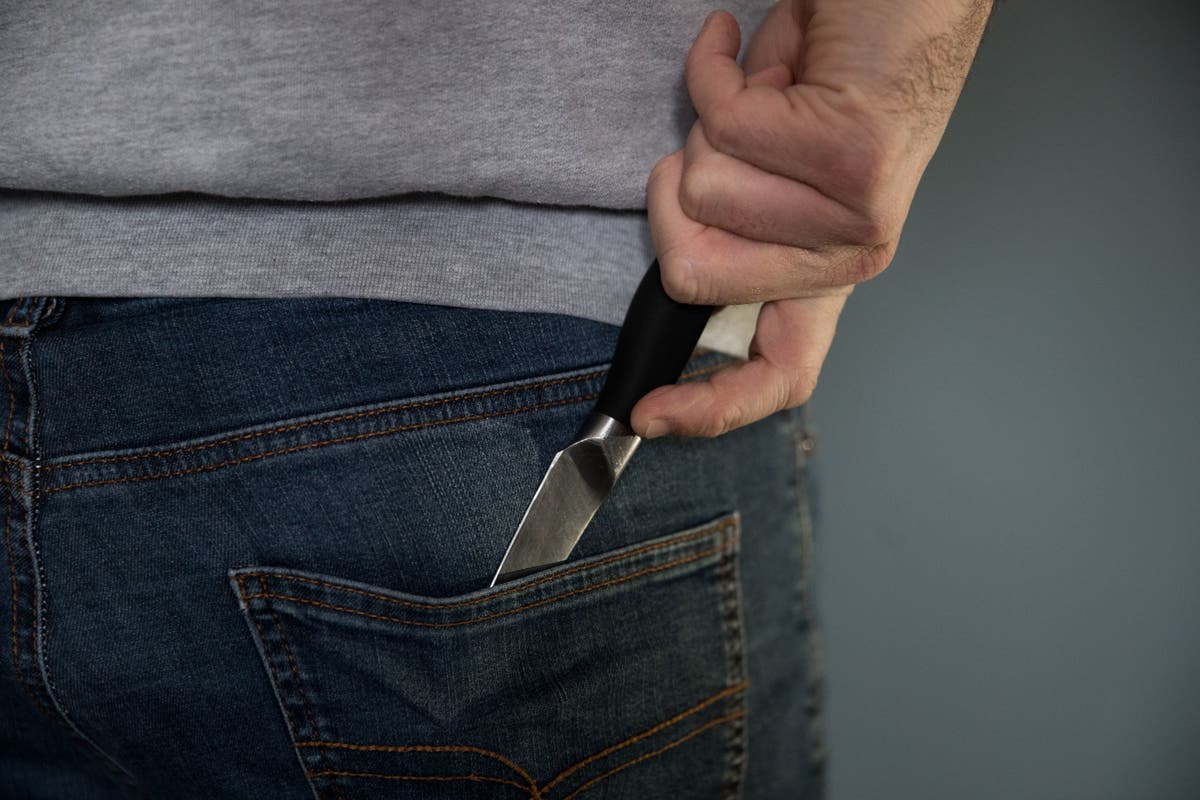 A police trial aimed at preventing people as young as 12 from carrying knives has not resulted in a single lawsuit in its first six weeks, he revealed.

Knife Crime Prevention Orders (KCPOs) are piloted by the Metropolitan Police using the courts to impose restrictions on people they believe are “on the verge” of violence.

But figures obtained by the Palestinian Authority news agency under freedom of information (FOI) laws show that only two orders were requested by the Met in the first six weeks of the trial – and the two were rejected by the magistrates.

The force said “apprenticeship was identified” from its two unsuccessful requests, adding that two orders have since been granted, although both were handed down alongside prison sentences for knife offenses.

The 14-month trial was launched on July 7 this year – amid concerns over youth violence in the capital – allowing police to petition the magistrates’ courts for orders against anyone who, she says wears blades, regularly has knives, or has knife-related issues. convictions.

Conditions imposed under the KCPOs include curfews, restrictions on the use of social media, and travel bans outside certain geographic limits.

Courts can also request a series of activities, such as educational classes, sports club referrals, relationship counseling, anger management and drug rehabilitation, with a jail term of up to up to two years for any violation.

Home Secretary Priti Patel said the orders would “clamp down on those who carried arms while intervening to keep them away from a life of violence”, adding that the program would be rolled out across England and the country of Wales if it is considered a success.

But in the first six weeks of the trial, Scotland Yard saw its two KCPO applications turned down.

One was for a 23-year-old Asian man, the other for an 18-year-old black man, FAITH revealed. Both had previously been convicted of possession of a knife.

Speaking at the launch of the pilot, its leader, Commander Ade Adelekan, described fears over racial profiling as “a valid question to ask,” and said the force had carried out an impact assessment on the equality which will be continually reviewed.

He added: “If this (pilot) is really working, I suggest we need to properly assess why it is working, but if it is not working as well, I think we need to shut it down fairly quickly.”

It is understood that Mr. Adelekan is no longer in charge of the regime.

A Met spokesperson said: “The Met is 10 weeks away from a 14-month pilot and so far a KCPO has been granted in London.

“As is often the case with new legislation, the police and other agencies involved in KCPOs navigate new processes and accumulate knowledge after the initial launch.

“The learning was identified following two unsuccessful requests and allowed us to understand how courts can interpret civil orders and adapt to required thresholds.

The spokesperson said that the effectiveness of the trial was “continuously evaluated” and added: “We are confident that during the remaining trial period, we will see more KCPOs awarded by the courts, saving lives and rendering safer communities ”.

He told PA, “Obviously this is the start, so we’ll see where we go.

“Remember that a knife crime prevention order may require them to take a training course or a therapy course to try to solve the problems they have, that is, they are carrying a knife, (and) hopefully. on the right path and in a productive life like the rest of us.

A spokesperson for the Mayor of London, Sadiq Khan, said: “Even though it is only in its early stages, the mayor has made it clear that the KCPOs alone will not reduce violent crime and must do so. part of a much larger package of measures that include tackling the causes of crime.

The assessment, which will be carried out daily, is led by the Met’s Strategic Analysis Unit, with the assistance of experts from the University of Cambridge and University College London.