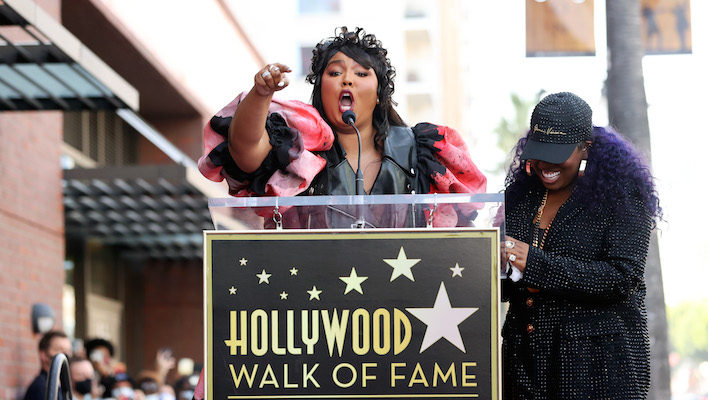 Earlier today, Missy Elliott received her well-deserved star on the Hollywood Walk of Fame. The iconic rapper not only inspired other black women to pursue their dreams of stardom in the music industry, she also inspired decades of rappers to work with Timbaland and then copy the fish lens effect of his video “The Rain (Supa Dupa Fly)”. Ok, I’m kidding, but it’s is true. She’s a stylistic innovator and Monday morning’s ceremony featured Lizzo, Ciara and Mona Scott-Young in Elliott’s honor.

But it was Lizzo’s speech that struck a chord. The pop singer choked back tears as she professed her adulation for Elliott, telling him that “I saw a superstar in you, but I also saw myself. I had never seen myself and you lived with so much daring, beauty, shamelessly and aloud.

Lizzo pays tribute to Missy Elliott at her ceremony on the Hollywood Walk of Fame:

“You are the brightest star in the universe. I have watched you all my life and seen a superstar in you, but I have also seen myself… You live so boldly and beautifully. ” pic.twitter.com/7zLTDGcegH

Lizzo went from emotional to elated, frequently screaming uncontrollably as she was overcome with emotions. “I only have one thing to say to Hollywood Blvd: You’re welcome! she started. She stopped very early to let the Hollywood Blvd crowd know that she hadn’t prepared a speech because she thought she was “just coming to hang out”. Then she added “And now I’m about to cry!” », Before delivering this improvised but incredibly moving speech:

“You are the brightest star in the universe Missy. I have watched you all my life. And I saw a superstar in you, but I also saw myself. I had never seen myself and you lived so bold and beautiful, shamelessly and out loud. You have no idea what you’ve done to so many black girls. We don’t deserve you. We don’t deserve Missy Elliott and you keep giving to us, and giving with your heart. Your genius. Let me just drop a few words: Genie! Icon! Queen… queen of hip-hop! Visionary! I want to thank you very much for helping me in my career. I never thought in a million years that I would meet you and not only did I get to meet you, but we worked together in the studio! Thank you for making my dreams come true. have no idea what you mean to all of us Missy. We love you. We celebrate you. God bless you. This is more than deserved. Let’s keep celebrating all your accomplishments and influence forever. We love you so much Missy. Congratulations.”

Watch Missy Elliott’s star on the Hollywood Walk Of Fame being unveiled below.

Some of the artists covered here are artists from Warner Music. Uproxx is an independent subsidiary of Warner Music Group.