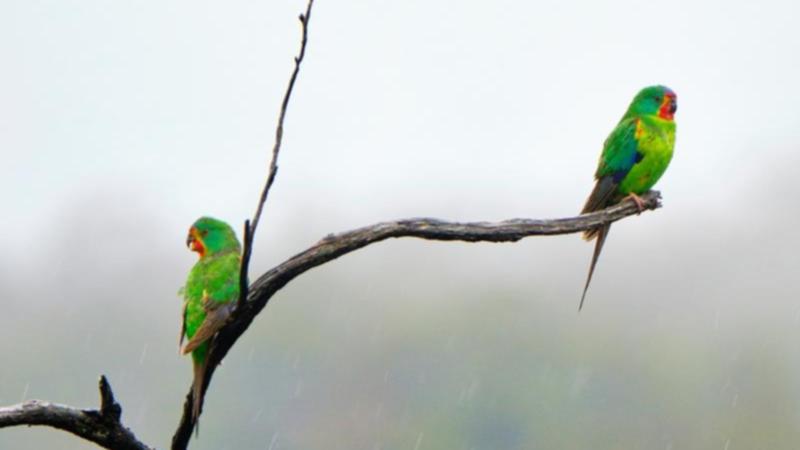 An album of bird songs from Australia’s most endangered species climbed two spots to third in the Australian Aria rankings.

Songs of Disappearance beats Christmas albums by Paul Kelly, Michael Buble and Mariah Carey after two weeks on the charts.

The collection of 54 songs was based on recordings by famed animal recorder David Stewart, who has spent decades traveling across Australia for his work.

The album reached No. 5 on the ARIA Top 50 Albums chart in the first week of its release, beating ABBA’s latest album, Voyage.

It was produced by cellist Anthony Albrecht, who is also a doctoral student at Charles Darwin University in the Northern Territory.

“The Australian public needs to be made aware of the dire plight of our unique wildlife,” Mr Albrecht said ahead of the album’s release.

“With Songs of Disappearance, we deliver the sounds of species that may soon be extinct forever.”

The 53 species included in the album are the rarest in Australia and all on the brink of extinction.

“The nocturnal parrot is a special call because it has been recorded so rarely. Few people would have heard any of these bird calls,” Mr Albrecht said.

Also featured are songs of the extremely rare Fast Parrot, Orange-bellied Parrot, and some vulnerable migratory shorebirds, such as the Far Eastern Curlew and the Bar-tailed Godwit.

Mr. Albrecht is co-creator of The Bowerbird Collective, which aims to strengthen emotional connections with nature through the arts.

Songs of Disappearance was inspired by a similar project in the UK: Let Nature Sing.