BSMT DISCOVER THE ART OF PUBLISHING
Home Therapy fund The consolidation pattern continues to unfold; Does Ukraine matter for bonds?

For the second day this week, bonds got off to a better start. The pattern is similar to last week, where yields hit new long-term highs on the first day, then consolidated to slightly higher levels on the following days. The general pattern in January is similar to late September, the last time the market rushed to reposition itself for a change in the Fed’s policy outlook.

There is certainly reason to think that a moderate mid-week rally is a trap in this environment. From a strategic point of view, the rally is guilty (of being a trap) until proven otherwise (by a bigger and more sustained rally than last time). Even then, we won’t really know until the Fed’s announcement next week. There may be ebbs and flows that create locking/fluttering opportunities until then, but no crystal balls.

Furthermore, we receive many questions on whether the potential conflicts in Ukraine or Taiwan will save the bond market. The answer is “no”, probably. Unless all-out war breaks out, the market already has a script for the Russian-Ukrainian conflict of 2014. Those were the dullest two months of the year, and entirely overshadowed by the ECB’s QE rollout . 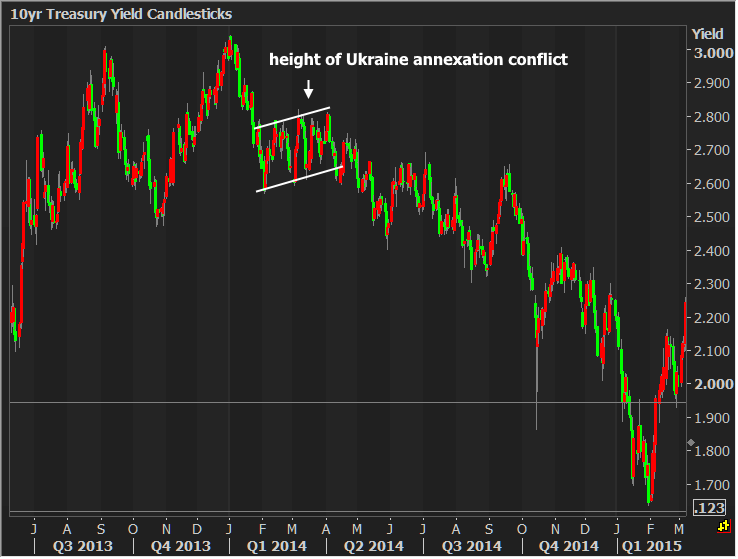 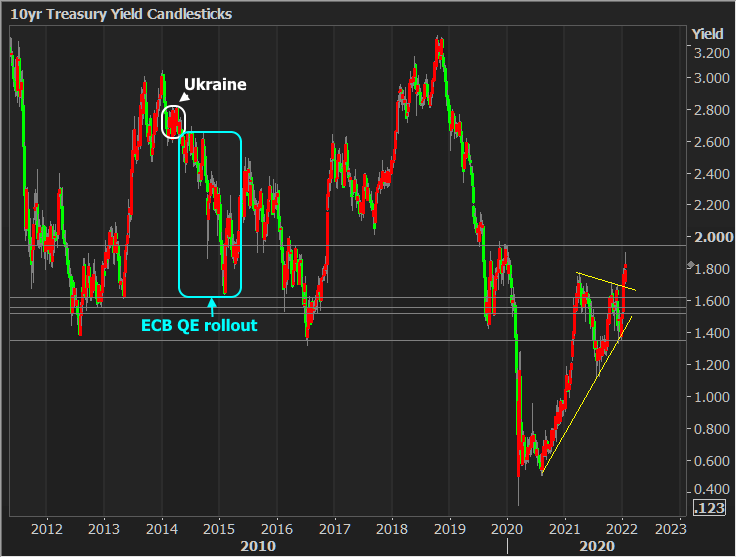 Taiwan is another discussion for another day. I don’t know enough to comment on the odds, but I know it’s not as simple as “war = geopolitical risk = bond market rally”. A big reason for this is very near and dear to our inflationary hearts in 2021. Have you ever heard of the chip shortage? And do you know which country manufactures almost all the tokens? Could the supply chain be affected again if this country were at war?