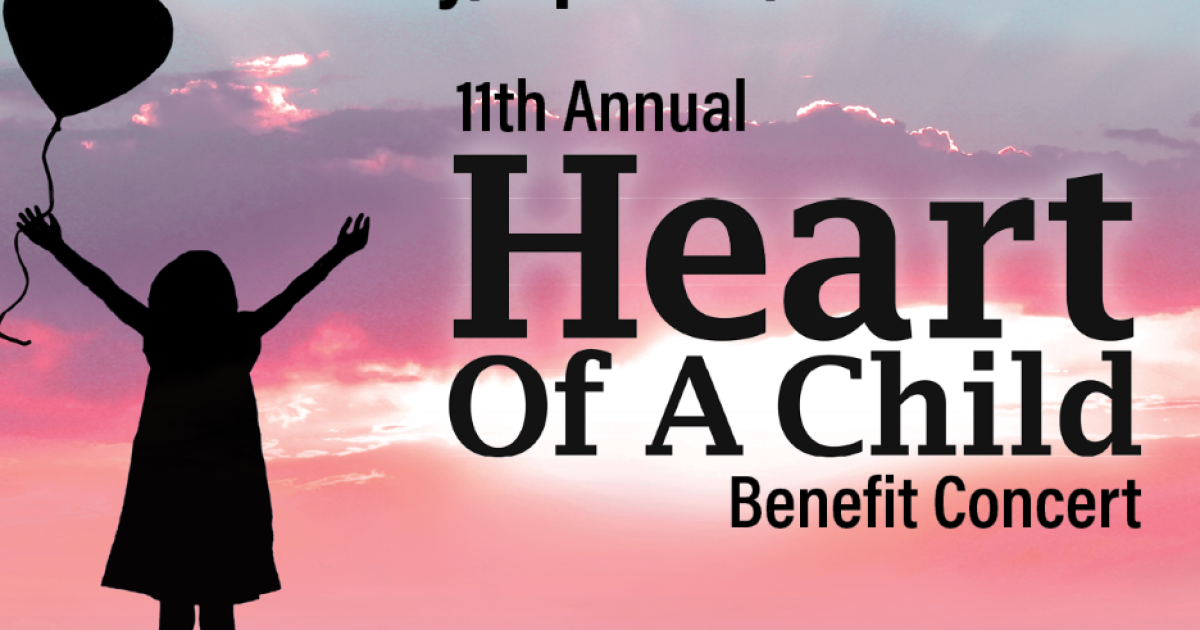 Proceeds from the concert will be used to provide free music therapy to children at Rady Children’s Hospital, where a music-loving Encinitas girl – Ariana Miller – underwent six open-heart surgeries.

Despite her heart condition, Ariana played the piano, sang and produced two albums for her friends and family. Hardly a day went by that Ariana didn’t sing something.

After Ariana died in 2008 at the age of 13, awaiting a heart transplant, Jeff Miller and his wife, Anita, wanted to provide music therapy to other children, who, like their daughter, could find joy in music as they battle disease.

The Encinitas couple have partnered with Resounding Joy, a San Diego-based nonprofit, to provide free music therapy for children with heart conditions. Later, they expanded the program to include children who are battling other significant illnesses and disabilities, in the hospital or at home.

Since its inception in 2010 under the leadership of Resounding Joy, the program has raised over $600,000, primarily through the annual Heart of a Child fundraising concerts.

The program has provided free music therapy to thousands of children at Rady Children’s Hospital.

The 11th annual event features 12 musical acts ranging from classical to pop by young singers and instrumentalists aged 11-19. Many have won music awards, and some have performed at Carnegie Hall, on television, and on Broadway.
Lineup includes Sadie Duca, featured on “America’s Got Talent”; pop duo and artists by Cameron J. Wright and David Lee; piano prodigy Malvyn Lai, who performed at Carnegie Hall; and award-winning a capella group Soundwave from San Diego State University.

The event will take place at the Baker-Baum Concert Hall, Conrad Prebys Performing Arts Center at 7600 Fay Ave. in La Jolla. Check-in and reception are at 6:30 p.m. and the concert is from 7:30 p.m. to 9 p.m.

The event will be hosted by San Diego television and radio personality Pat Brown.

Tickets are $30 to $40 and VIP package is $100 to resoundingjoyinc.org/11th-annual-heart-of-a-child-benefit-concert.