DUP leader Jeffrey Donaldson has accused RTE of a “huge error of judgement” in failing to invite Dana to a Eurovision concert.

The Northern Ireland MP has written to the station’s general manager, Dee Forbes, asking him to explain himself.

He made the unprecedented intervention after it emerged that all of Ireland’s former Eurovision winners had been invited to take the stage during the RTE special at the National Concert Hall – apart from Dana.

Donaldson said he feared the decision was linked to the Derry singer’s Nordic origins, conservative views and “Christian faith”.

He told The Irish Sun the 71-year-old ‘transcends political divides’ and should not be ruled out.

The MP for Lagan Valley said: “I think this is a huge error in judgment by RTE. 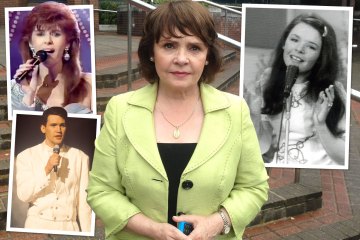 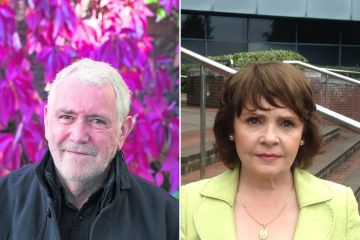 “I fear that the fact that Dana is from Northern Ireland is one of the reasons why she has been excluded by RTE.

“Perhaps Dana’s political views influenced by her Christian faith could also have had a bearing on the decision.

“I think it is legitimate to ask these questions. We need transparency from RTE.

The DUP leader said some might think it unusual that he was involved in a dispute involving RTE and Dana, who is of Catholic origin, real name Rosemary Scallon.

He said he remembered when she won Eurovision in 1970, aged just 18, with the song All Kinds of Everything.

Donaldson told us: “I’m a passionate trade unionist and a big believer in Northern Ireland’s place in the UK. I also believe that music is something that brings people together.

“I was very young when Dana won the Eurovision Song Contest in 1970, but I remember it was something that united people in really difficult times, and during our darkest days in Europe. story.

“I have written to RTE’s Managing Director, Dee Forbes, to simply ask him why Dana has been left out of the planning stages of this major event.

“It saddens me now if Dana is excluded from this event because she is from Northern Ireland or because of her political views.

“Without diminishing the success of the other Eurovision winners performing next Thursday, there is no doubt that Dana transcends political divides and is a respected figure island-wide.”

Irish Eurovision royalty Johnny Logan, Linda Martin, Niamh Kavanagh, Paul Harrington and Charlie McGettigan and Eimear Quinn will all perform at this Thursday night’s concert, which will be hosted by Marty Whelan.

RTE previously apologized to the former Connacht-Ulster MEP and said it had “always intended to include Dana in this concert to celebrate the Eurovision Song Contest and we apologize to her for any inconvenience caused.

“As is often the case with live performances, we had not contacted or confirmed all of the artists by the time we had to publicize the concert.”

He continues: “RTE has made several attempts to speak directly to Dana over the past week.

“As we have said before, it would be a privilege for RTE to be able to include Dana in what will be a great celebration of our success in this competition.”

Meanwhile, a source close to Dana has angrily denied reports over the weekend that she failed to show up for rehearsals with the RTE Concert Orchestra.

The source said, “There have been no rehearsals so far and Dana has not been booked for this event either.”

He told us, “I’ve spoken to Paul Harrington and Linda Martin, and they’re both annoyed.

“Niamh Kavanagh is annoyed too. We’re all annoyed. It would have been the first time all the Irish winners have been on stage together so it’s a missed opportunity.”

The Irish Sun understands that all the artists have already signed contracts to appear at the concert and yet Dana has still not been confirmed.

RTE strenuously denied that Dana’s political views played a role in her absence from the concert.

A spokeswoman for RTE said: “There is no possibility that Dana was not booked due to her political views.”