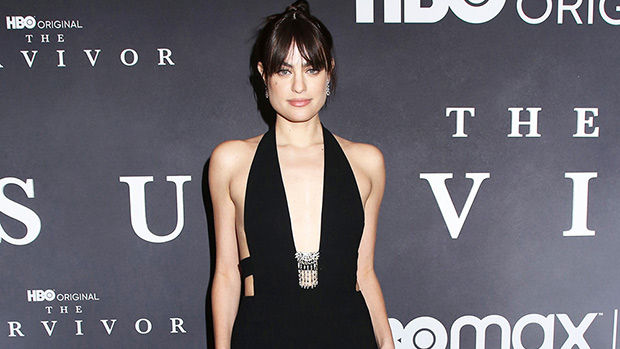 The survivor is HBO’s incredible new film about the life of Harry Haft, a Holocaust survivor and professional boxer. The film, directed by Barry Levinsonchronicles Harry’s horrific stay in Auschwitz and his determination to find the woman he loves. Dar Zuzovsky plays Leah, the woman who is never too far from Harry’s mind. After years and years of separation, Harry and Leah have an emotional and transformative reunion at the end of Leah’s life.

HollywoodLife spoke EXCLUSIVELY with the Israeli actress about being truly ‘connected’ to her co-star Ben Foster while filming the pivotal reunion scene. Dar believes Harry and Leah’s reunion was an act of “superior intervention” that freed them both. She also opened up about what The survivor means to her on a personal level since her grandparents are Holocaust survivors. Read our Q&A below:

I knew the story of Harry Haft before watching the movie. Did you know his story before this role?
Dar Zuzovsky: No, actually, I wasn’t. When I got the script, I immediately wanted to read the book. son of harry, Alan Scott, wrote the book about his father. That’s when I became familiar with it, but I didn’t know anything before. The storyline is a bit different from the book. There is more drama. The book really tells a story. I don’t know if you have to read it, but it’s very slow and takes time until you understand. Each period of his life is in a different chapter. And here, what I love about it, you jump between timelines. You start in Poland, then you go to the 40s in New York, then you go to the 60s in Georgia. You never know where you are until the end of the film. You get an overview and you understand what you have just seen. It was quite a journey of life.

Was Leah a real person?
Dar Zuzovsky: Yes, she was. It’s not the same as in the film of the book. They were boyfriend and girlfriend in Poland in the city where they grew up. They knew each other because they were in the same neighborhood, but in the film they meet at a time when Harry is trying to smuggle goods into a house. I think that part of the story isn’t in the movie anymore, but it was in the script. So they actually have their first meeting as the war has already begun. But in real life, they have met before and he is trying to find her.

The movie builds up to that beautiful reunion at the end. Leah and Harry finally meet again as Leah is dying. How was it for you filming this moving scene alongside Ben Foster?
Dar Zuzovsky: First of all, thank you very much. It really warms my heart and you make me blush. It was one of those moments that I think you can never prepare for. You don’t know what will happen on the date. You do your job. You study the character. You do your research. You learn your lines, and you come to them really hoping the magic will happen. Sometimes it happens and sometimes it doesn’t. Fortunately, I was able to work with the most generous actor on the planet. He’s so alive in every take. He’s such a good partner, and he gives so much that I felt like I could really put all my thoughts and worries and everything aside and be in the moment. The magic just happened. We were really connected and our characters were really connected. It was magical on set. Everyone cried. It was an overwhelming moment, and we knew it had to work because it’s the emotional key to the whole journey.

Do you think they both got the closure they needed after searching for it for so long?
Dar Zuzovsky: Yes, because I think it was Nietzsche who said: “He who has a reason to live for can endure almost anyhow. In this case, and in most cases, love is the most powerful force on earth. By holding on to that and having that hope that you’ll find that person, you actually find out that while the journey feels like a search for love, what really happened is that it happened. is found and that love was only the motor, the electricity that he needed to move forward, to continue living. You have to get out of yourself to really understand yourself. It’s not about her. It’s not about the beloved. It’s about having that flickering fire in your heart. I think it’s the only way to survive such horrible things. I don’t know if he would be able to survive something so terrible without having a cause, without having a purpose.

Did this movie make you think more about the simple power of love and its strength to carry people through dark times?
Dar Zuzovsky: This particular story resonates with me on a personal level. It really hits so close to home. My grandparents are Holocaust survivors. My grandfather was actually at Auschwitz in the same concentration camp as Harry. I am a third generation Holocaust survivor, so I got to witness their life after the war. I was lucky not to experience the Holocaust itself, but I witnessed the aftermath. I saw the consequences. I saw how my grandparents operated. We couldn’t throw food away. It was like we were trying to throw something, my grandpa would take it and eat everyone’s leftovers. It was something I was used to. I didn’t think it was anything weird. That’s what life is all about. You don’t throw food away and you don’t play the piano between two and four. I feel so lucky to have seen two people, two survivors who found love after the war, who came to Israel and started a family, created a beautiful life and had children. I am part of this heritage. It’s my life. So if you ask me if I believe in love, of course I believe it’s the only thing worth fighting for. It’s the only thing that’s real. I see him every day. They are always together. They’re the cutest couple in the world. They inspire me.

You work alongside the amazing Barry Levinson. What was it like being under his direction and helping to create this amazing story?
Dar Zuzovsky: I was shocked to work with him because he’s a legend. I come from a very small town in Israel. It was a dream. When I first met him, he was truly the kindest, most down to earth human being. During the whole meeting, we didn’t even talk about the scenario. We talked about quantum physics and like anything you can imagine, about music and art. I was so lucky to see him work and see him do his magic. I can only imagine that because he’s so sure of himself and his craft and what he has to give, he’s just very free. He loves researching with actors. There’s plenty of time to try different things, make mistakes, and do things that aren’t necessarily written in the script. For an actor, it’s a gift because you can relive the moment and be there and have and feel the confidence and the faith that you have someone who is there with you and you can just play and try. It was a wonderful experience. I’m really lucky to have that as my first director here in Hollywood.

After watching the scene of Leah and Harry’s reunion, I kept thinking about how our lives are shaped by fate and fate. She had seen that newspaper clipping of Harry just as she was getting married.
Dar Zuzovsky: It’s a very spiritual moment and also heartbreaking that she didn’t contact him because she got married on the same day. She knew he was alive, and that was enough for her, that little piece of paper because that was all she wanted to know. I think the fact that he came to see her in her last days, just before she died, was some kind of superior intervention. They wouldn’t walk out of this world without having that little moment where they recognize each other and look each other in the eye and see that they’ve been through all that horror and trauma and separation for so long and they have someone who really knows you and knows what you’ve been through and knows who you were before. I don’t think there is anything more liberating than that.