I remember when the new Yankee Stadium was built next to the original house. The construction workers were extremely proud to build the stadium of the future for the Bombers. As Derek Jeter said at the time, we will carry our legacy across the street, in a few words. And then I remember there was this chatter about now Hall of Famer, David Ortis, trying to bury his jersey in the foundation to place a hex on the Yankees. I know he didn’t, but am I really? So fast forward to today. I witness the success of our rival New York Mets at Citi Field. It makes me sick and excited at the same time. 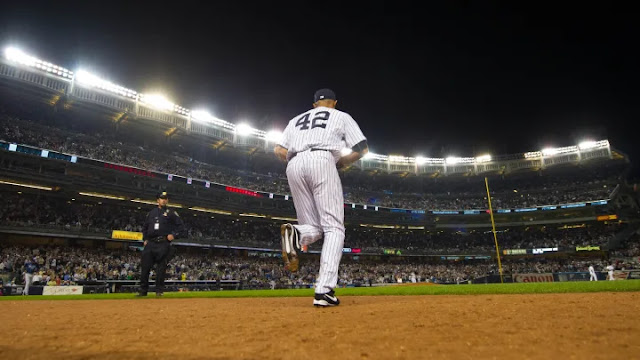 There’s so much energy, padgetry and just excitement blaring from this stadium – literally thunderous. Like trumpets sounding as their triumphant draws near, Edwin Diaz trots from the outfield a bit like a Mariano Rivera did for us when we were, well good. Maybe that’s it. Maybe the Yankees need trumpets in their clubhouse, wrapped around their stadium, and the smooth, loud music they need to get out of this crazy spiral of losses and start playing again as we know it. 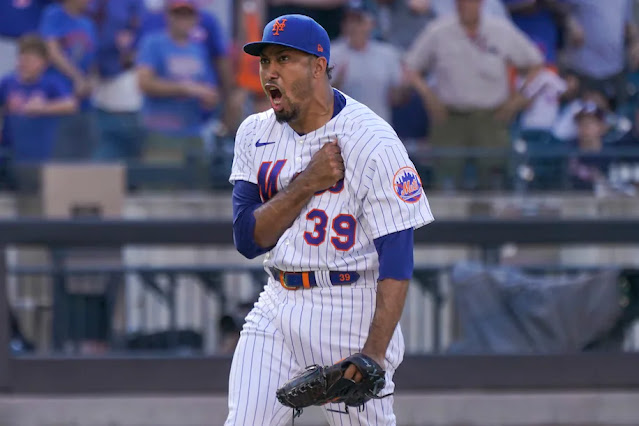 “Diaz getting into games to a bouncing trumpet beat is nothing new. After leaving Miky Woodz’s “No Hay Limite” in 2019, the right-hander’s terrible first season in New York following a trade from the Seattle Mariners, Díaz returned to “Narcobefore the pandemic-shortened 2020 season and has been using it ever since. With the first-place Mets enjoying their best season since winning the World Series in 1986 and Díaz knocking out more than half of the batters he faces, the entry has taken on a life of its own this year.” wrote The Washington Post. Much like a movie, SNY’s John DeMarsico made the shows light and fun, adding more salt to my wounds as a die-hard Yankee fan. “I never understood why a baseball show couldn’t be more like a movie, and that’s how I approach every day,” DeMarsico, 35, said in a phone interview. “I’m covering a game, but I’m going to choose a place here or there where I’m going to show people something they’ve never seen before.” wrote The Washington Post.

Yankees broadcasts are dull, boring, and filled with TV announcers berating the team on the field. The Mets broadcasts are completely opposite with Keith Hernandez often trending on Twitter for his clever banter and lighthearted disposition. So, between the Yankees’ recent poor performances, the broadcasts haven’t been kind to them either. Maybe a little music will cheer them up too. 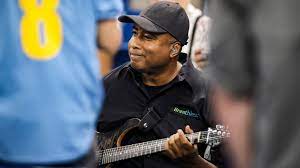 Music is known to soothe babies, calm busy kids, provide hours of fun for teens and is definitely a mainstay for exercise junkies, beachgoers, celebrations and just life on the back deck. For years, players have DJ’d in the dugout to boost their team’s energy and excitement. So how do you use music and a bit of cinema to revive this team? Heck, if we were to hire an entire group to host in Judge Aaron Where Anthony Rizo to the plate and rock the stadium, then do it! The downward spiral of Clay Holmes is probably the most upsetting as the Yankees continue to struggle with pitching overall, both the bullpen and starting rotation. Maybe we should offer him some music therapy. The Yankees just won’t win if they don’t get out of this funk. And it can’t be the long ball or no ball. It takes the whole unit working together to generate leads and protect leads.

The Yankees need trumpets in their clubhouse. In other words, they have to shake it off. Otherwise, they will once again fall short of their target – and I barely remember 2009.