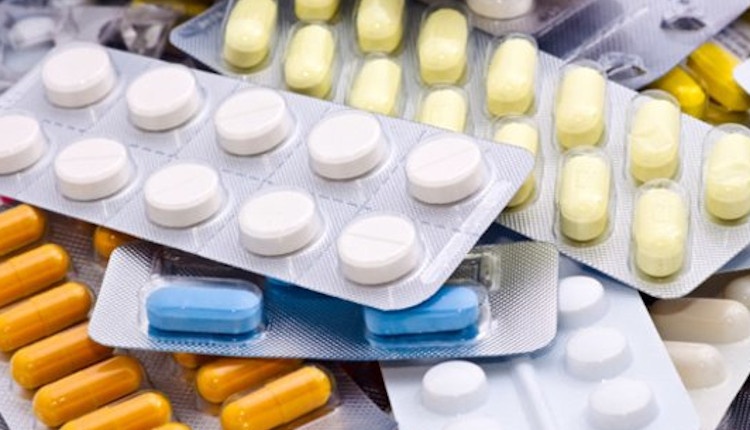 For more information on the toxicity of certain drugs, see the Symptoms and Treatment of Certain Poisons table.

The term side effects is imprecise and is often used to refer to unexpected effects of the drug that occur when using therapeutic doses.

Side effects, some key points

Because all medicines have the potential to cause side effects, a risk-benefit analysis (which analyzes the likelihood of the medicine’s benefits versus the risk of side effects) is necessary when a medicine is prescribed.

In the United States, 3-7% of all hospitalizations are due to adverse drug reactions.

Adverse drug reactions occur in 10-20% of hospital patients and about 10-20% of these are serious.

These statistics do not include the number of adverse reactions occurring in outpatient clinics and in nursing homes.

Although the exact number of adverse drug reactions is uncertain, they represent a serious public health problem that, for the most part, is preventable (1, 2).

The incidence and severity of side effects of the drug may vary depending on the characteristics of the patient (eg age, sex, ethnicity, coexisting diseases, genetic or geographic factors) and pharmacological factors (eg type of drug, route of administration, duration of treatment, dose, bioavailability).

The incidence is higher with advancing age and polypharmacy. The side effects of the drug are more serious in elderly patients, although age itself is not the main cause.

The extent to which prescribing errors and poor patient adherence contribute to the incidence of adverse drug reactions is unclear.

Most adverse drug reactions are dose related; others are allergic or idiosyncratic.

Dose-related side effects are usually predictable.

Side effects that are not dose related are usually unpredictable.

Dose-related side effects are of particular concern when drugs have a narrow therapeutic window (eg, bleeding from oral anticoagulants).

Adverse drug reactions may result from decreased drug clearance in patients with renal or hepatic impairment or from drug interactions.

Allergies develop when a drug acts as an antigen or an allergen.

Once a patient is sensitized, subsequent exposure to the drug produces one of many types of allergic reaction.

They occur in a small percentage of patients taking a drug.

Idiosyncrasy is a loose term and has been defined as a genetically determined abnormal response to a drug, but not all idiosyncratic reactions recognize a pharmacogenetic cause.

The term may become obsolete as the specific mechanisms of adverse drug reactions become known.

Serious or life-threatening side effects of the drug may be specifically mentioned in boxed warnings in the manufacturer’s prescribing information.

Symptoms may appear immediately after the first intake or only after chronic use.

Some adverse drug reactions are easily caused by the use of drugs, others are mild manifestations that are difficult to identify after taking a drug.

In older people, even mild side effects from drugs can lead to functional disturbances, changes in mental status, growth difficulties, loss of appetite, confusion and depression.

Adverse drug allergic reactions usually happen immediately after taking a medicine, but usually do not happen after the first dose; usually they occur when the drug is administered after a previous exposure.

Idiosyncratic side effects of drugs can occur with virtually any symptom or sign and usually cannot be predicted.

Usually, the symptoms that appear immediately after taking a medicine are easily related to the use of the medicine.

However, the diagnosis of symptoms due to chronic drug use requires significant diagnostic suspicion and is often complicated.

Deciding to stop a drug is sometimes necessary but difficult if the drug is essential and there is no acceptable substitute.

If the evidence for a relationship between the drug and the symptoms is high, the possibility of re-administration of the drug should be considered, except in the case of severe allergic reactions.

In the United States, doctors should report more suspicious symptoms of adverse drug reactions to MedWatch (the FDA’s [Food and Drug Administration] Adverse Drug Reaction Monitoring Program), which is an early warning system.

It is only through such reports that unexpected side effects of drugs can be identified and studied.

MedWatch also monitors changes in the nature and frequency of adverse drug reactions.

Adverse drug reaction information reporting forms are available in the Physicians’ Desk Reference and the Food and Drug Administration (FDA) News Daily Drug Bulletin, as well as at www.fda.gov (MedWatch: The FDA Safety Information and Adverse Event Reporting Program); the forms can also be obtained by calling 800-FDA-1088.

Nurses, pharmacists, and other health care professionals should also report side effects to medications.

The FDA’s Adverse Event Reporting System (FAERS) is a research tool that improves access to data on adverse drug reactions (1).

Thus, these unwanted effects can only be detected once a drug has been made public and is widely used.

Doctors should not assume that as soon as a medicine is on the market all side effects are known.

Postmarketing surveillance is extremely important to monitor side effects of low incidence drugs.

For dose-dependent adverse reactions, modification of the dose or elimination / reduction of triggers may be sufficient.

Increasing the rate of drug elimination is seldom necessary.

In the event of adverse reactions to allergic and idiosyncratic drugs, it is usually necessary to stop the drug and avoid re-administration.

For example, opioid-induced constipation can be improved by the use of an opioid receptor antagonist such as lubiprostone.

Prevention of adverse drug reactions requires knowledge of the drug and the potential reactions to it.

Analyzes should be performed with appropriate software to check for potential drug interactions; tests should be repeated each time drugs are changed or added.

In the elderly, medications and starting doses should be chosen with care.

Several genes have been identified as having an association with adverse drug effects.

For example, several liver enzymes affecting cytochrome P450 metabolism have been characterized, and many of them are affected by single nucleotide polymorphisms, resulting in clinically significant effects on a wide range of commonly prescribed drugs.

However, only a limited number of these tests are used in routine clinical practice (for example, treatment with genotype-guided warfarin [3]).

A powerful hand to reverse an opioid overdose – Save lives with NARCAN!