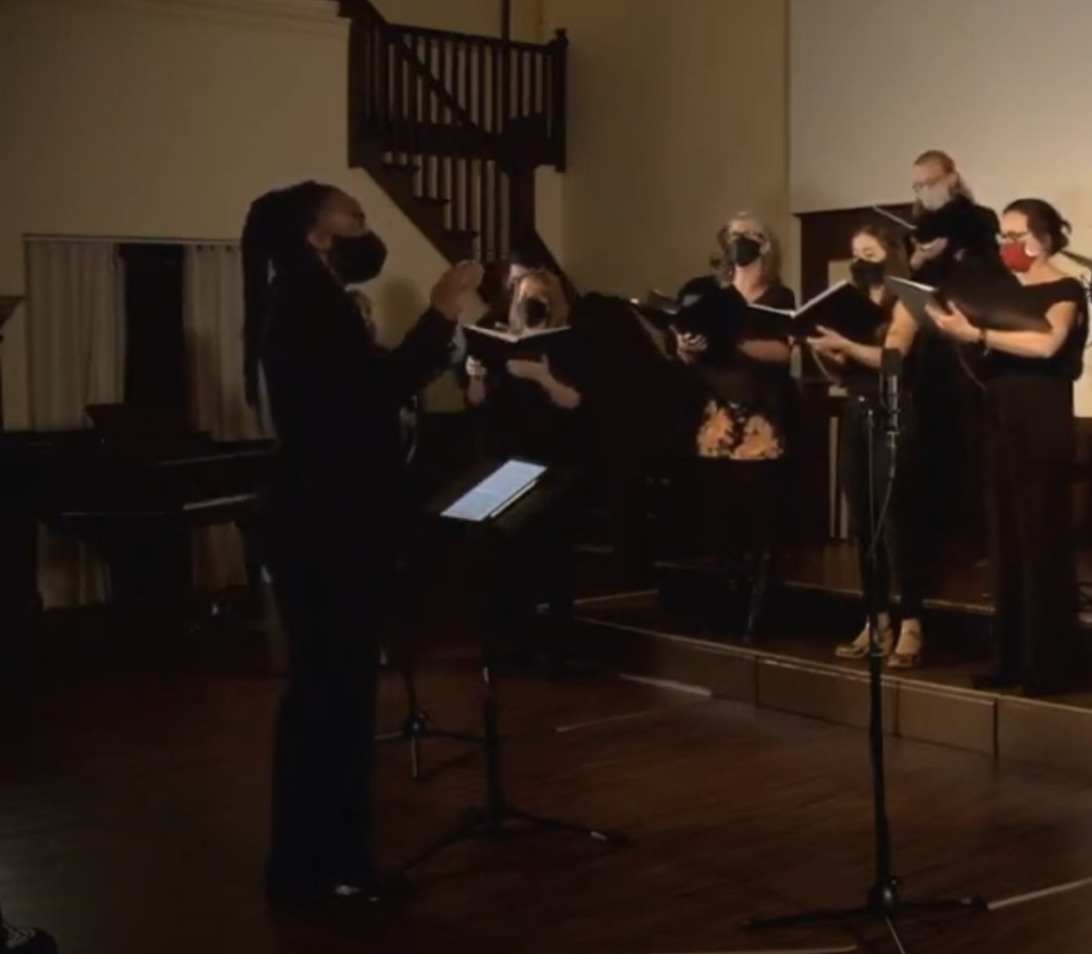 When I was 17, my high school choirmaster stood in front of the whiteboard and wrote down his three musical priorities. At number one, only one word: musicality.

Musicality is defined as “the quality of having a pleasant sound; melodious ”, but that is a woefully insufficient description. It’s the shaping of the song – the use of dynamics, crescendos and beyond to express the narrative and the emotion behind the notes. By ranking it first, my conductor was saying that technical precision doesn’t matter if a song lacks soul.

I remembered this while talking to Katherine FitzGibbon, founder and artistic director of the Resonance Ensemble of Portland.

“When you sing, you are ready to make the story and the emotional commitment to the music come first,” says FitzGibbon. “And yes, you have to have good intonation and rhythm and all the things that are your good traditional choral techniques. But I know it’s possible to have choirs that do all of these things ‘right’, but you feel a kind of emotional distance or you move away from it. “

Emotional distance was not an issue for Resonance Ensemble in 2021. As the pandemic’s noose tightened, the group emboldened, taking their music outside with two new series – Under the Overpass and Commissions for Now – and tackling Portland’s homeless crisis with a hit concert called Homepage.

To understand the power of the performances Resonance Ensemble has unleashed over the past year, which are still available for free on their YouTube channel, I immersed myself in videos of their work and spoke to FitzGibbon about his take on the band. . This is what I learned.

Under the viaduct and the commissions for now

For Under the Overpass, imagined by Elizabeth Bacon Brownson, Director of Marketing and Operations at Resonance, the choir sang Ysaye Barnwell’s “Wanting Memories” under the Hawthorne Bridge, “Stand by Me” under the Ross Island Bridge, ” Bridge Over Troubled Water “under the St. Johns Bridge in Cathedral Park, and selections from Darrell Grant’s Sanctuaries at Dawson Park.

“Making music outdoors is great for minimizing the risk of the spread of COVID,” says FitzGibbon. “We put in some really brilliant videographers and sound engineers that could help capture really everyone’s singing well, but you also get a bit of a vibe from the overpass itself. “

Despite struggling against the limits of suffocating masks and cacophonous traffic, Under the Overpass produced some memorable and moving performances, especially “Bridge Over Troubled Water”. Working from an arrangement by music directors Shohei Kobayashi and Derrick McDuffey, the singers brought lively gospel-style energy to the leafy sweep of Cathedral Park.

For Commissions for Now, Resonance continued to sing and film outdoors, but used original compositions. The first was Jasmine Barnes’ “Normal Never Was”, a play that explored the madness of a post-pandemic “return to normal” and which was filmed at the Barge Building in Zidell Yards, where the singers were surrounded by white sheets. which flowed like shrouds

“Normal Never Was” was followed by “We Hold Your Names Sacred”, which was shot at Cerimon House and fused the poetry of author and playwright Dane Figueroa Edidi with the music of classical composer Mari Esabel Valverde. It was envisioned as a requiem for the lives lost due to violence against trans women of color.

“It was a really meaningful experience – and a learning experience – to really dive into the stories of these individual women, who were really part of the video and what we really had in mind when we shared that music.” , FitzGibbon said.

“We Hold Your Names Sacred” is a piece Resonance Ensemble may not have performed when it premiered in 2009. devoting its efforts to music designed to promote social change.

“Basically, we just completely pivoted and changed our mission statement,” she says. “We haven’t looked back. We feel like we’re doing what we’re supposed to do.

One of the most powerful works featured in Homepage is spoken, not sung. In “Outdoor School,” actor Vin Shambry reflects on a homeless childhood, as well as the liberation and fear that outdoor school attendance has brought to his life. “When I was little I never cried,” he says. “I never had the time.”

Resonance often mixes song and speech. “We always have some sort of spoken word element in our program,” says FtizGibbon. “Music kind of puts you in that emotionally receptive place – and I think it sets the stage for people to listen intently so that the speaking has an even greater impact than it could on her. only.”

When Homepage was played and filmed at Cerimon House on October 2, FitzGibbon knew he couldn’t capture every individual’s experience with roaming. Still, she believed she could call audiences to action by taking them on an emotional journey.

“I really think about the emotional arc of the concert and what the emotional experience will be like for the audience,” she said, adding that she wanted to “bring people deeper into the experience by thinking about the rhythm and the the energy of each. piece. “

As i watched Homepage on YouTube, I felt the effects of this consideration. The opening songs accurately convey the scale of the homelessness crisis, using songs like guest conductor Alexander Lloyd Blake’s arrangement of “Poor Wayfaring Stranger” to make audiences feel desperate to no longer be tied down.

This angst persists, but FitzGibbon and Blake knew that there can be no action without hope. They included tracks later in the concert that offer a vision of a more stimulating future, the most memorable “Take What You Need” by Indo-American classical composer Reena Esmail, who surrounds you with lyrics as heartwarming as a childhood blanket:

To take a position

FitzGibbon credits much of the concert’s success to Blake, who leads Los Angeles-based choir Toality and has personal experience with roaming. “He listens to things that are different from me,” says FitzGibbon. “For him, the rhythmic structure of everything is really important. The very specific dynamic mixes were a little different at times than I would have asked for, in an incredibly inspiring way.

Blake and FitzGibbon’s approaches may be different, but they’re both storytellers. Home’s ideas, emotions and sounds seem intertwined because they see no distinction and because they possess the attitude “It’s not about me, it’s about the music” that FitzGibbons looks for in the singers she auditions.

“Some of these elements may be intangible, but some result in the crescendos being more dramatic or that the kind of vocal colors that people are willing to use are really varied,” she says. “The people at Resonance … are people who are willing to do whatever the music needs, whatever the story needs, and listen to each other and be part of an approach. daring that I really love to hear and explore with them. “

Under the Overpass, Commissions for Now and Home are available on the Resonance Ensemble YouTube channel.